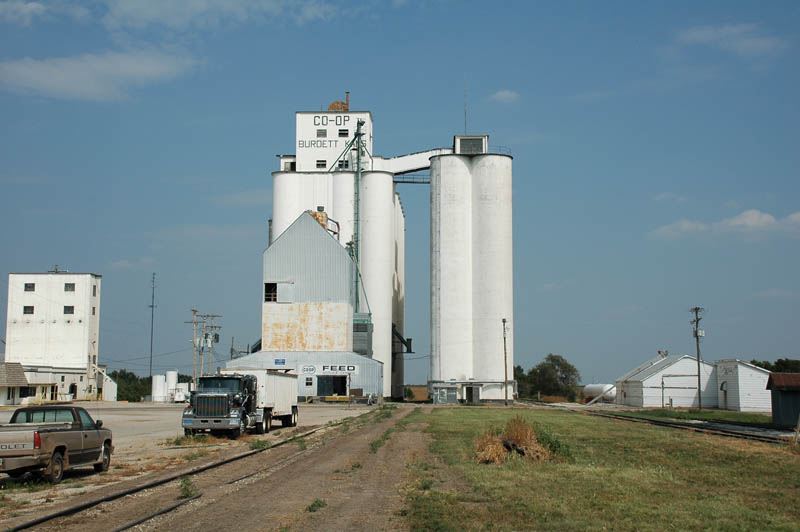 Located 23 miles west of Larned is Burdett, Ks. The town was originally named Brown's Grove in 1876 in honor of Dr. Gallitin Brown who settled beside a large grove of ash trees. In 1880, the railroad was built and the name was changed to Burdette in honor of Robert Jones Burdette who was in the newspaper business. Over the years, the last e in Burdette was inadvertently dropped. 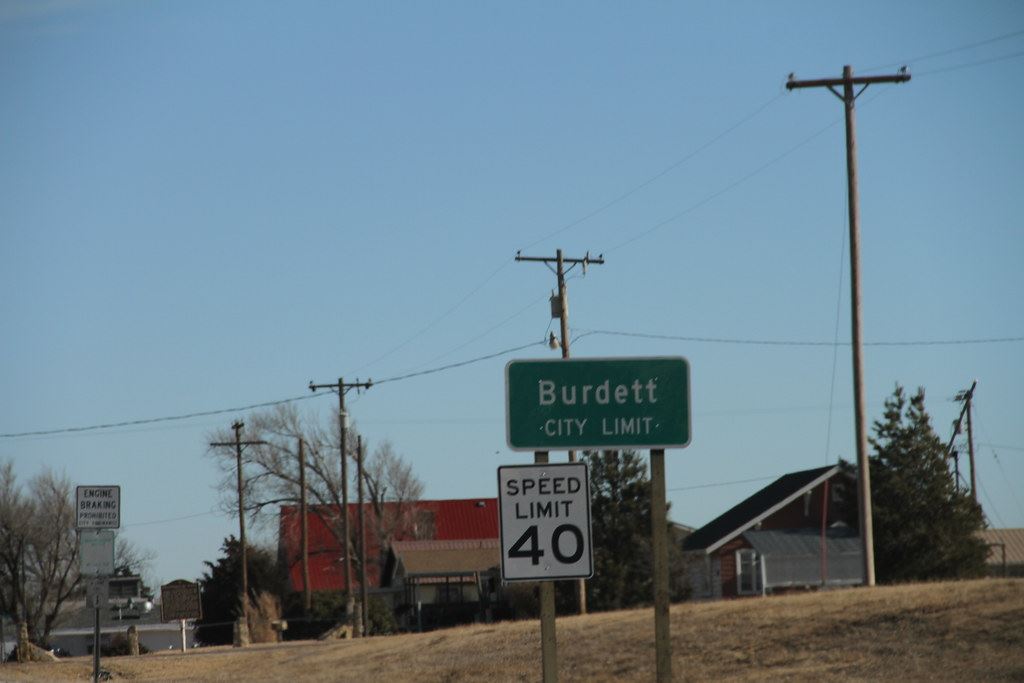 Burdett, located in Pawnee County on K 156 in southwestern Kansas, is the hometown of Clyde Tombaugh. He is credited with the discovery of the following, among other observations: 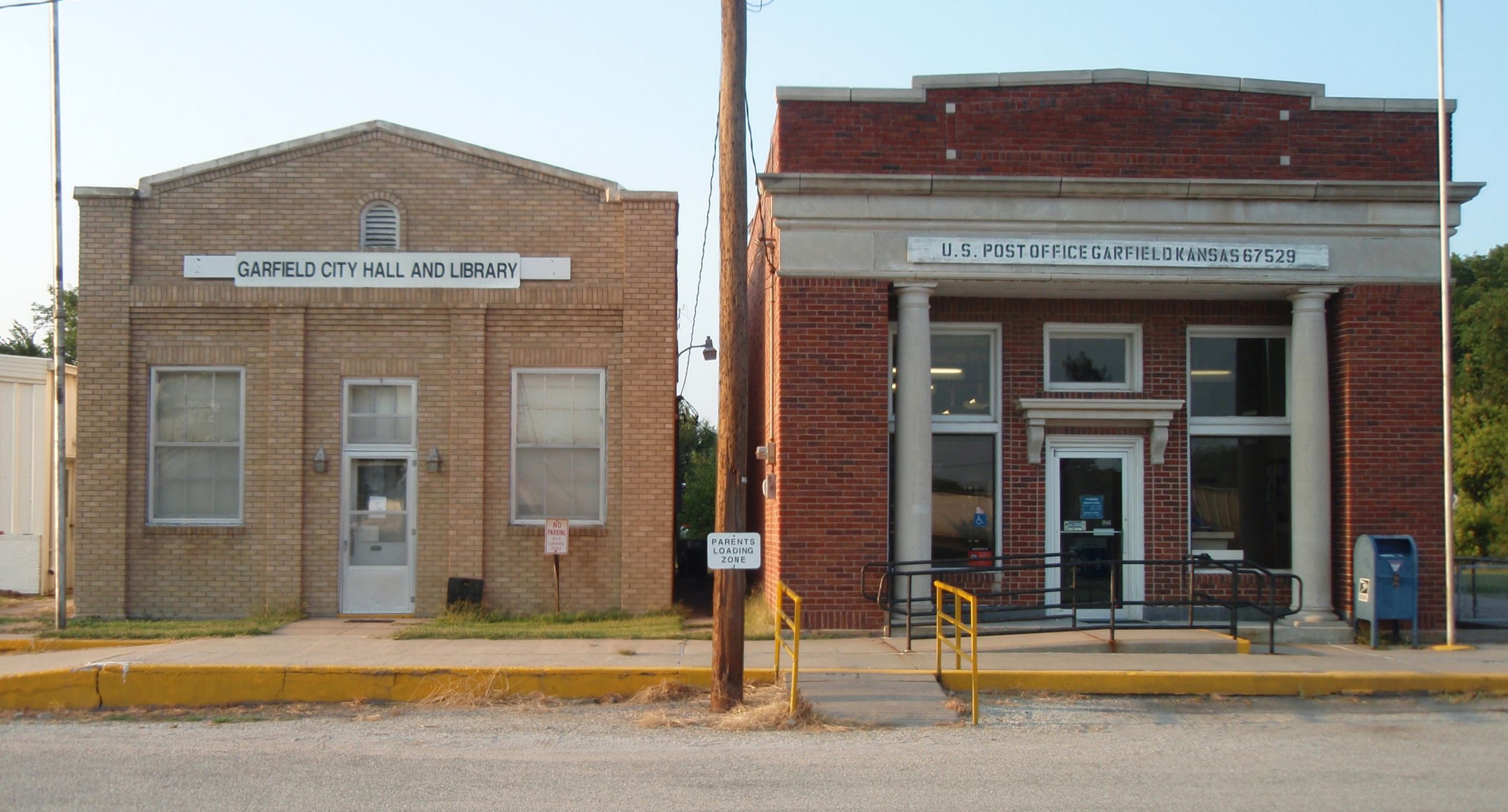 Originally named Camp Criley, in 1872 was a supply station for workmen building the Santa Fe Railroad and Captain J.D. Criley, superintendent of construction. In 1873, members of the Ohio colony filed on 30 pieces of land here and changed the name to Garfield, then congressman from their old district in Ohio, and later President of the United States, President Garfield promised to give a bell to the first church built in the community.

The Wayside chapel (replica of the First Congregational Church-1875) houses the historical bell in Downey Park located in Garfield on Highway 56. 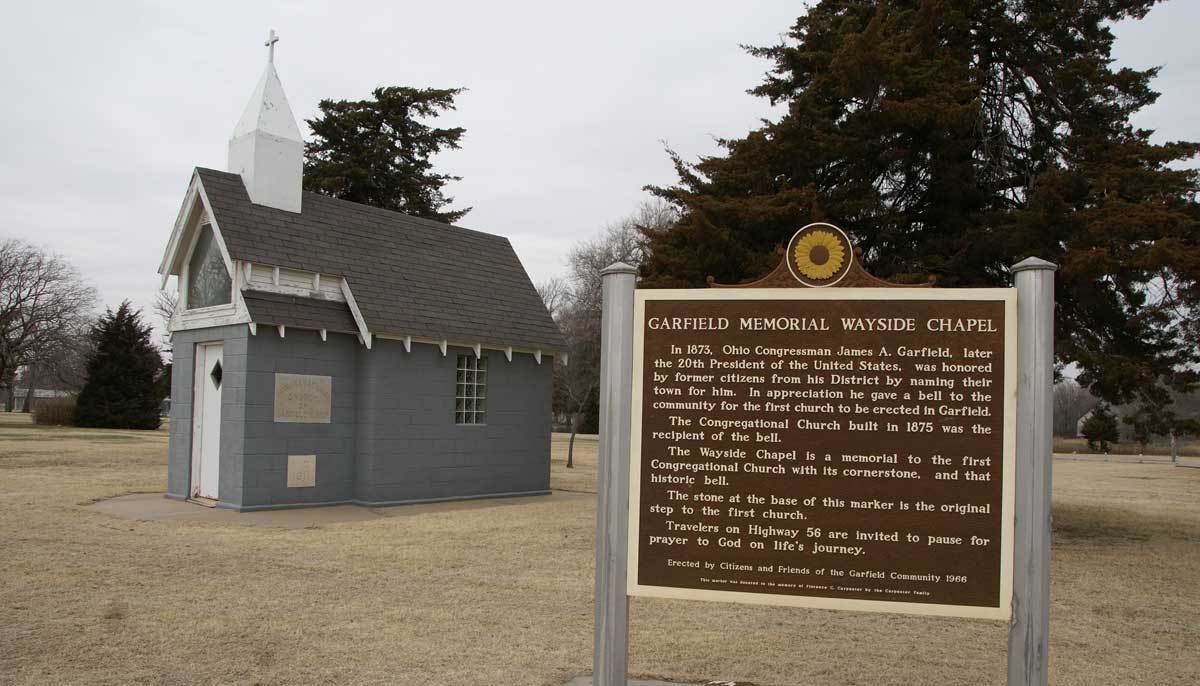 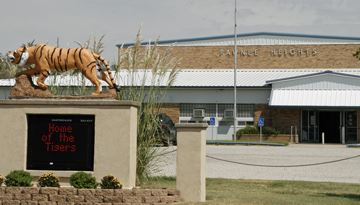 Rozel is located 15 miles west of Larned. The town was founded July 19, 1886, when the Arkansas Valley Town and Land Company acquired the southwest 1/4 from the railroad for $832 and selected a town site consisting of two city blocks. 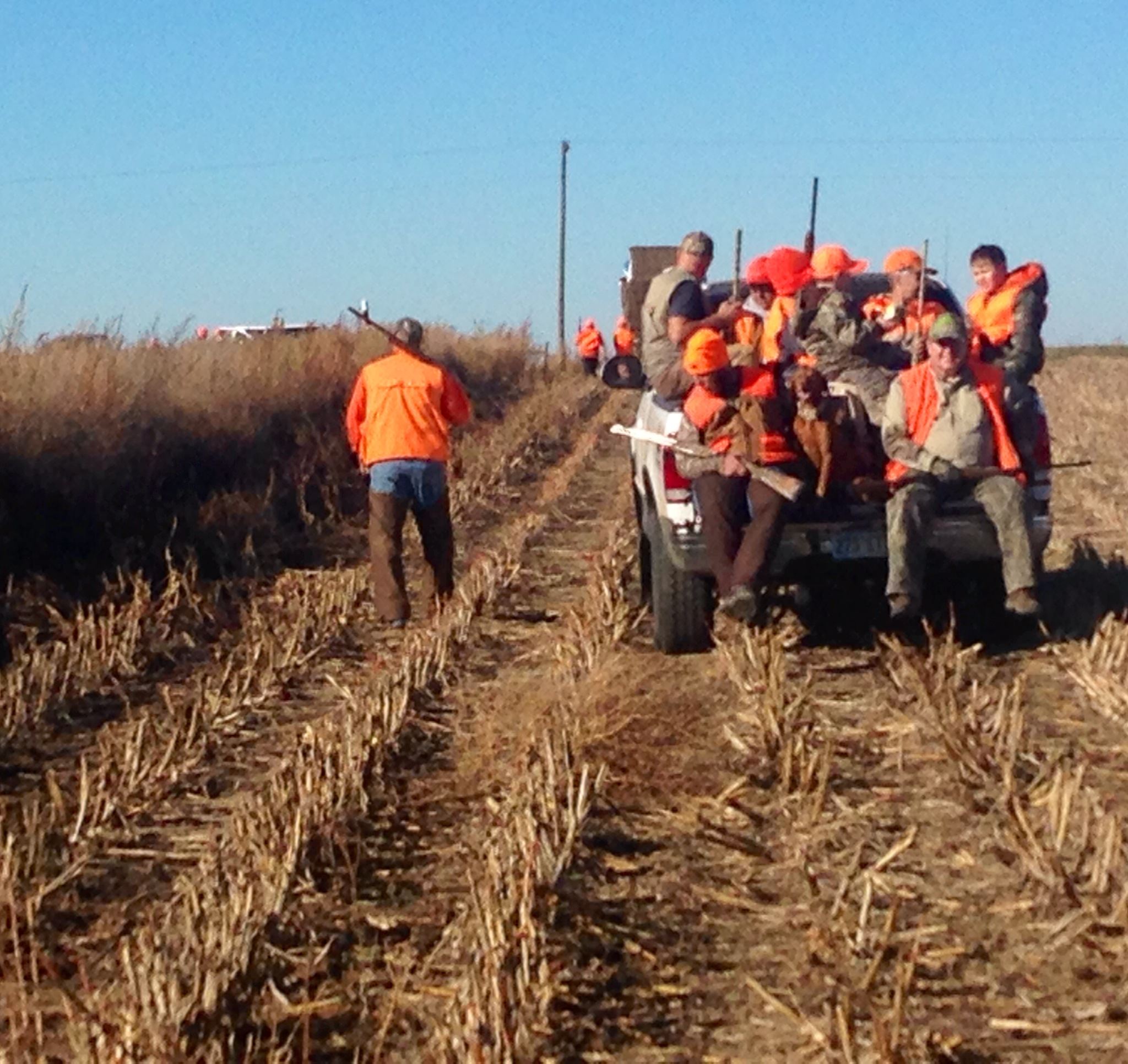 The name Rozel was chosen in honor of a daughter of one of the founders of the Land Company whose name was Rozella. 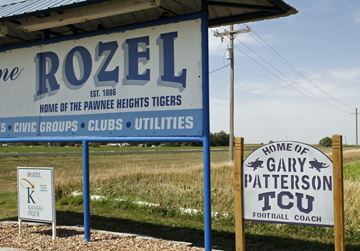 Long before the town was founded, Indian tribes used this immediate vicinity for their camping grounds.

Link to the City Of Rozel

A Little Bit Of History....

The county seat of Pawnee County Larned was built on the Atchison, Topeka & Santa Fe Railroad at the confluence of the Pawnee and the Arkansas Rivers. Named for nearby Fort Larned, it was laid out in December, 1873 on land granted by Jerry Toles and John W. and Mary Adams. John Adams became the president of the Larned Town Company. Soon, his wife's parents, Reverend and Mrs. Charles Sturdevant,  joined them. The pastor would later become one of the first ministers of Larned's Presbyterian Church. The first home in Larned was constructed by Captain Henry Booth who had been serving as the postmaster at Fort Larned since 1869. When Larned was formed, he resigned his position as postmaster and with several other people, was instrumental in establishing the new settlement. The first newspaper was established by W. C. Tompkinson called the Larned Press. 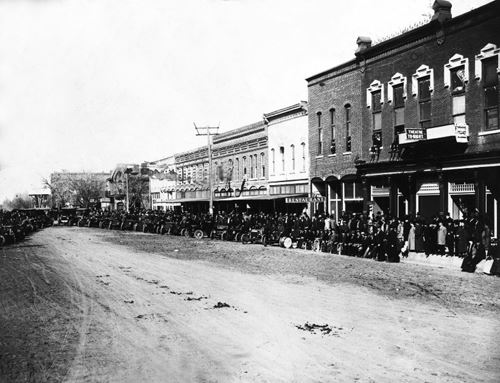 (Picture of  Broadway Street in Larned Kansas around 1900)

A number of new additions in the next five years marked the growth of the town. In less than ten years it was an incorporated city of the third class with about 50 business establishments. Several churches were established including two Baptist Churches (one for African-Americans and one for whites,) a Methodist Church, two Presbyterian organizations and others.

In the meantime, several other newspapers were established including the Larned Republican in 1876, which was published for about a year, the Pawnee County Herald, beginning in January, 1877, which lasted until November, 1878 when it was merged with the Larned Optic. In April, 1878, the Larned Press was merged into the Enterprise, with Henry Inman, one of the most best journalists of the state as its editor. By 1883, it had changed its name to the Chronoscope.

Please visit our City Website and Larned Area Chamber of Commerce. We will glad to answer any questions you may have.